Video Ads on a Budget

It’s no news that our collective attention spans are shrinking. Some blame it on mobile devices and social media while others blame the education system, but what everyone seems to agree on is that this trend will not be easily reversed.

In a world of memes, fake news, and immediate gratification, How can we actively engage our target audience in any meaningful way?
A great method, as the title of this article hints, is video ads.

Video ads on YouTube are unskippable before the 5-second mark, and 5 seconds is a lot of attention these days. Imagine you’re scrolling through Instagram or driving past a billboard. Most ads get a couple of seconds of attention if any. In contrast, the longest video ads we can run on some markets are 20 seconds long – An absolute luxury in this day and age.

The great thing about video ads is that we don’t need to sacrifice audience specificity for the sake of mass scale. We can target audiences using very specific demographic factors (down to household income for some industries), and we can pick videos by topic, locations shot or mentioned, and many other details that build up to highly successful campaigns.

Ok, how much is this going to cost me?

For most small and medium businesses, video production is prohibitively expensive. The good news is that most businesses don’t need to produce a commercial (in the way that we think of a TV commercial) in order to run video ads. In fact, you probably have everything you need from previous non-video marketing efforts. Animated slideshows with added music and text can make great video ads on their own, and they’re not nearly as costly as video productions. In fact, that’s exactly what most video ads are. As soon as your campaign is turning a profit, you can add an animated logo, maybe even some voiceover work, and now you’re competing with the big players for a fraction of the cost of a traditional commercial.

That is where the real power of video ads lies. They level the field for small and medium businesses to compete with bigger companies for the same audience, even on a much smaller budget.

Another good marketing tip is that you should always end your posts with a call to action, so here it goes:

Get your video ads up and running now.

Photo by Souvik Banerjee on Unsplash 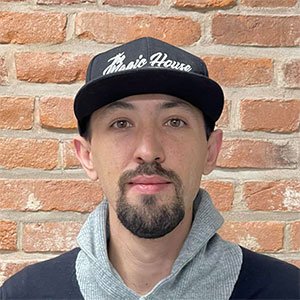 Julian Del Campo has more than 15 years of experience in marketing and web development and is the founder and CEO of AboveMedia Canada.

Read more from this blog:

Sign up for our newsletter to get all our posts and news delivered straight to your inbox. We don't share your contact information with anyone, and we'll never SPAM you. Unsub with one click any time.